What is the Gateway API?¶

Gateway API is an open source project managed by the SIG-NETWORK community. It is a collection of resources that model service networking in Kubernetes. These resources - GatewayClass,Gateway, HTTPRoute, TCPRoute, Service, etc - aim to evolve Kubernetes service networking through expressive, extensible, and role-oriented interfaces that are implemented by many vendors and have broad industry support.

Note: This project was previously named "Service APIs" until being renamed to "Gateway API" in February 2021. 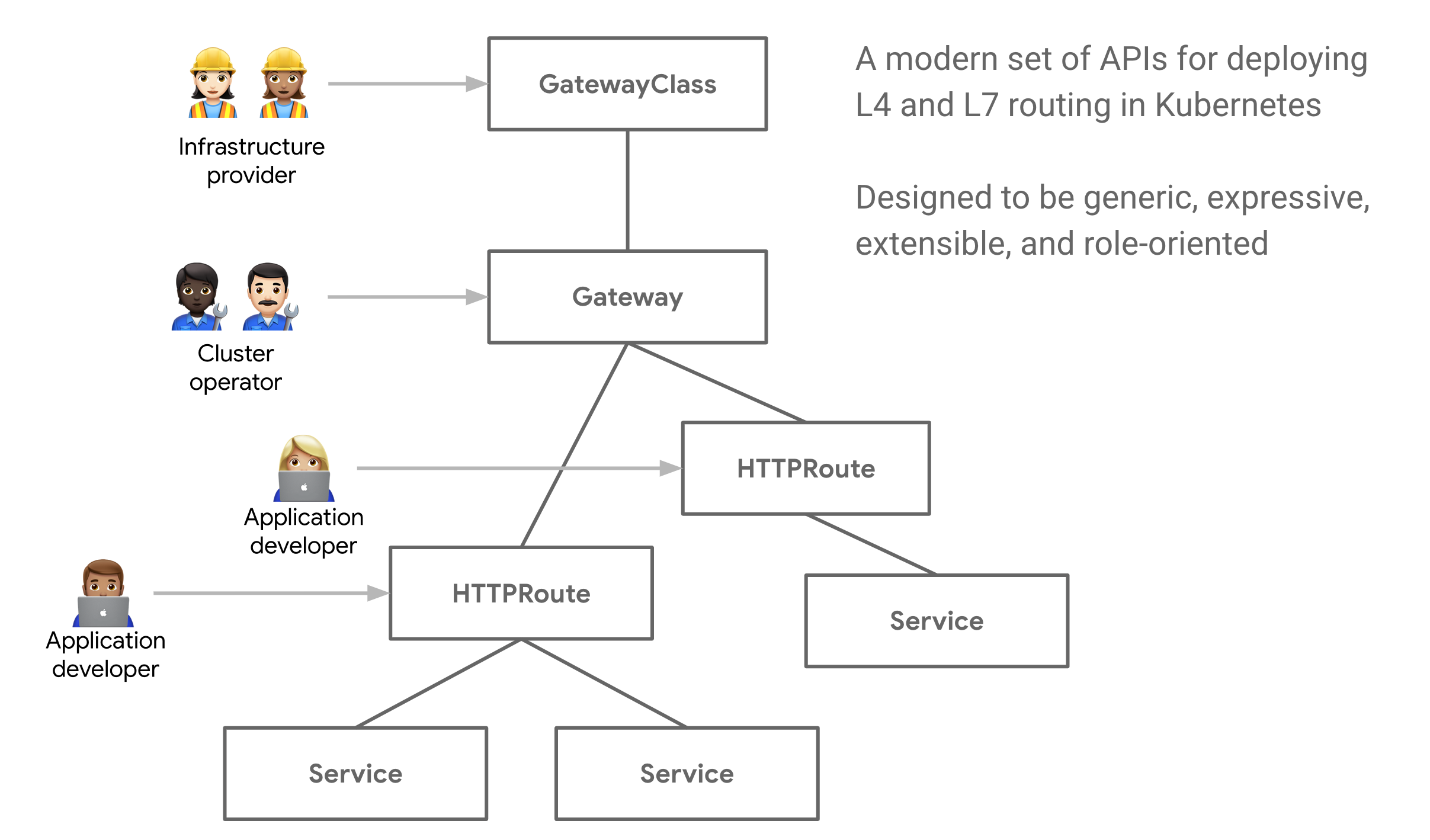 Whether you are a user interested in using the Gateway API or an implementer interested in conforming to the API, the following resources will help give you the necessary background:

The following design goals drive the concepts of the Gateway API. These demonstrate how Gateway aims to improve upon current standards like Ingress.

Some other notable capabilities include:

The Gateway API accomplishes this through a role-oriented design for Kubernetes service networking that strikes a balance between distributed flexibility and centralized control. It allows shared network infrastructure (hardware load balancers, cloud networking, cluster-hosted proxies etc) to be used by many different and non-coordinating teams, all bound by the policies and constraints set by cluster operators. The following example shows how this works in practice.

A cluster operator creates a Gateway resource derived from a GatewayClass. This Gateway deploys or configures the underlying network resources that it represents. Through the Route Attachment Process between the Gateway and Routes, the cluster operator and specific teams must agree on what can attach to this Gateway and expose their applications through it. Centralized policies such as TLS can be enforced on the Gateway by the cluster operator. Meanwhile, the store and site teams run in their own Namespaces, but attach their Routes to the same shared Gateway, allowing them to independently control their routing logic. This separation of concerns allows the store team to manage their own traffic splitting rollout while leaving centralized policies and control to the cluster operators. 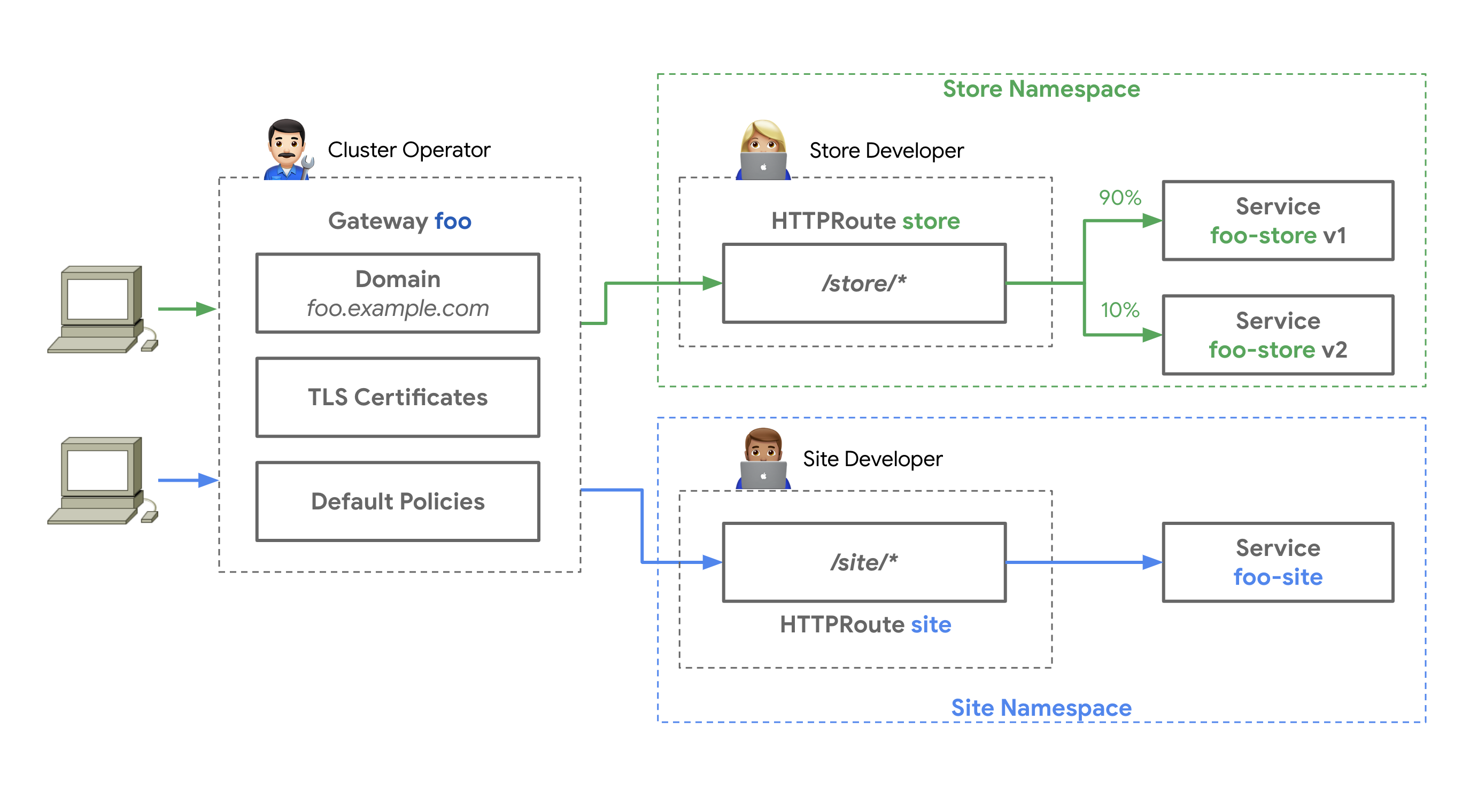 This flexibility allows the API to adapt to different vastly different organizational models and implementations while remaining a portable and standard API.

Who is working on Gateway?¶

The Gateway API is a SIG-Network project being built to improve and standardize service networking in Kubernetes. Current and in-progress implementations include Contour, Emissary-Ingress (Abassador API Gateway), Google Kubernetes Engine (GKE), Istio, Kong, and Traefik. Check out the implementations reference to see the latest projects & products that support Gateway. If you are interested in contributing to or building an implementation using the Gateway API then don’t hesitate to get involved!